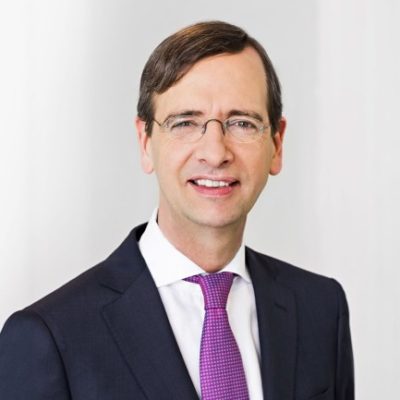 President of the Association of Commercial Television in Europe

Guillaume de Posch, born in 1958, started his career at the international energy and services company Tractebel (1985 to 1990) and then joined the global management consulting firm McKinsey & Company (1990 to 1993).

Guillaume de Posch began his career in the media industry at the Luxembourg-based Compagnie Luxembourgeoise de Télédiffusion (CLT), as assistant to the Managing Director (1993 to 1994) and then became Head of CLT’s TV operations in French-speaking countries (1995 to 1997). From 1997 to 2003, he was Deputy General Manager and Programming Director of the French pay-TV company TPS, before joining the publicly listed ProSiebenSat1 Media AG in August 2003, first as Chief Operating Officer and then as Chairman of the Executive Board and CEO (2004 to 2008).

Guillaume de Posch was appointed Chief Operating Officer and new member of the RTL Group Executive Committee on 1 January 2012. Few months later, in April 2012, Guillaume de Posch was appointed Co-CEO of RTL Group. Under his leadership, RTL Group was transformed into the most digital European broadcasting company via strategic investments in the field of multi-platform networks and ad-tech. He also re-invigorated FremantleMedia’s creative drive.

In January 2018, at his own request, Guillaume de Posch stepped down as Co-CEO of RTL Group and since then he serves as a non-executive member of RTL Group’s Board of Directors.