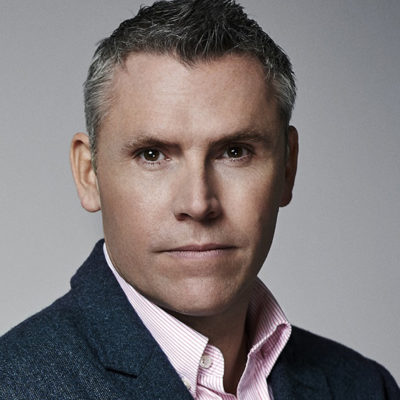 Immediately prior to this Raftery was MD, UK, Africa & Middle East and Chief Marketing Officer & Content Officer, the role to which he was appointed in July 2017. His scope incorporated oversight of Universal TV, SYFY, E! Entertainment Television, Movies 24, Telemundo and Studio Universal. During his time in that role, the portfolio has achieved double-digit profit growth with recent highlights including SYFY UK’s increase in share and ratings, as well as the channel’s launch on Sky’s streaming service, NOW TV. He also held responsibility for the Programming strategies across the whole of NBCUniversal International’s Networks group; from a content perspective this included commissioning multi-territory series, along with innovative VR/AR projects. Additionally, Raftery and his team commissioned E! UK’s popular, ground-breaking bisexual dating show, The Bi Life.

Raftery was previously Chief Marketing Officer, NBCUniversal International, overseeing Communications, PR, Creative & Digital across the television divisions, as well as Corporate Communications and Media Relations for the international organization. In this role, Raftery led the team who conceived the hayu brand, an innovative all-reality next-generation SVOD service that launched in the UK, Ireland and Australia in 2016, where he drove its successful marketing launch.

Prior to NBCUniversal Raftery was Senior Vice President of Marketing, PR & On-Air at Comcast International Group (CIMG) based in LA. In this role, he oversaw the full spectrum of promotional activity for Comcast’s television and new media properties, which included E! and Style.
Before joining CIMG, Raftery served in senior marketing roles at Hasbro and Disney, having begun his career at Unilever.

Raftery has a BA in Business with a Marketing specialty from Bristol Business School.

Raftery sits on the Promax BDA Global Board of Directors.